Another temple is the Sacred Heart Church, constructed in 1910 by Protestants residing in Bieruń at that time. The church used to seat 160 people. After long lasting efforts, on the 21st of June 1922 the church was bought by Catholics at the prize of 200 thousand German marks. The parish in Bieruń Nowy was established on the 29th of July 1925. In the same year the church was also extended and consecrated. After the war, in 1948, another sacristy was built and the choir-loft was extended. The church used to have the main altar in the baroque style, along with side altars devoted to Virgin Mary and St. Joseph which were made by the Sklorz studio from Bieruń Stary. However, due to post-council reforms and the increasing number of worshippers, it was necessary to change the inside layout of the church. Consequently, altar rails, the pulpit, side altars as well as the main altar were removed.

Nowadays, the statue of the Sacred Heart, made by Joseph Rapała (an artist from Krakow), is situated in the central part of the chancel. The statue was consecrated in 1958. Pictures presenting the Way of the Cross, painted by Jan Nyga in 1949 and being the replica of 'The Way of the Cross' by Fuggl, can be seen on the side walls of the church. The altar of the Saint Mary of Częstochowa along with a historic painting showing St. Joseph with Baby Jesus are situated to the right of the chancel. On the left we can see paintings presenting Jesus the Merciful as well as the Baptism of Jesus. 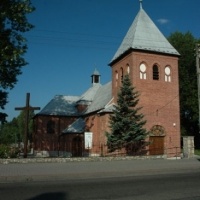 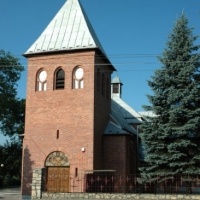 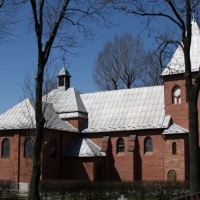 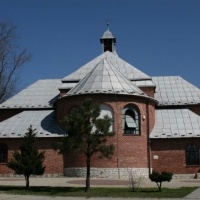 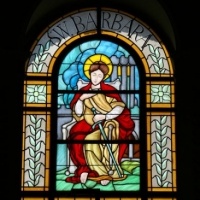 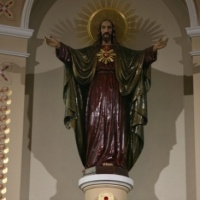 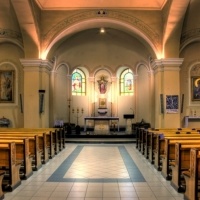 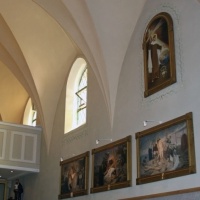 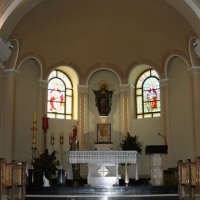 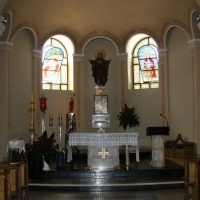